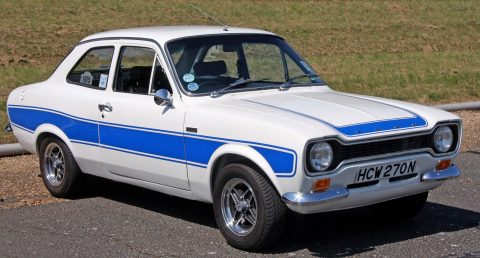 Welcome to Mk1escort.org.  This is a place where I've gathered together the best information, pictures, and videos related to the mighty Mk1 Ford Escort. 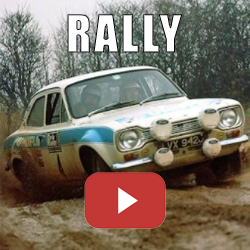 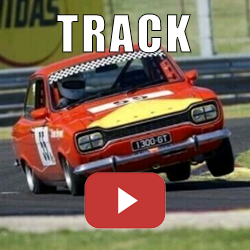 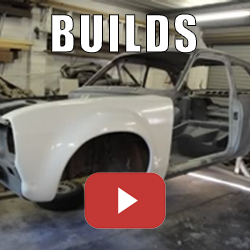 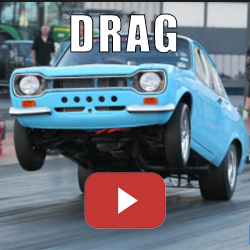 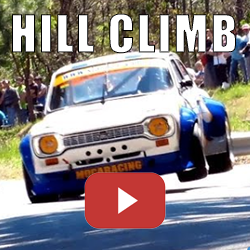 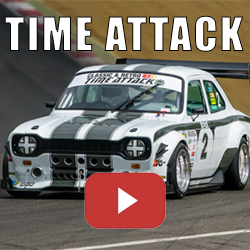 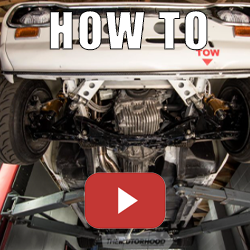 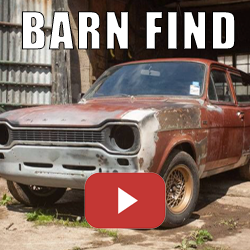 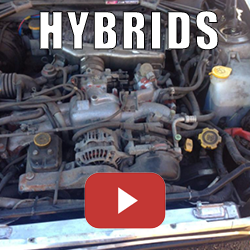 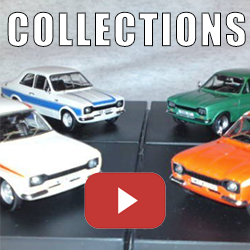 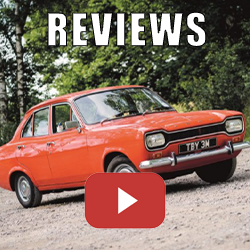 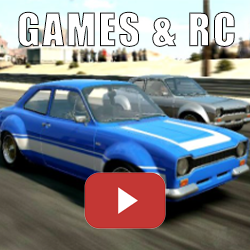 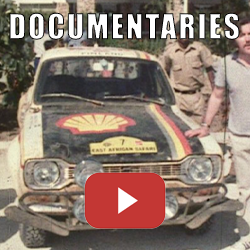 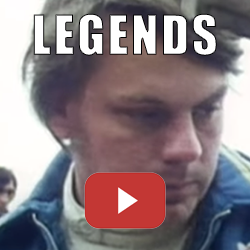 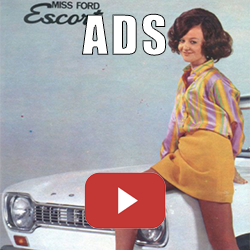 I've owned and rallied Mk1's on and off for 30 years and getting an original AVO BDA in the garage is still on top of my bucket list  (we can all dream right ?)

Here's what all the fuss is about :

Mk1 Ford Escorts doing what they do best

Possibly still the most popular historic rally car ever. Even today every historic rally results list we've seen is peppered with Mk1 Escorts.  Sadly the WRC Rally scene no longer features the Ford Escort & we think it's poorer for it.

For those not in the know, the Ford Escort Mk1 was a car introduced by the Ford Motor Company in late 1967 to replace the Ford Anglia. Launched at the Brussels Motor Show in January 1968 the Escort was produced in both left-hand drive for continental Europe, with the right-hand drive built at Halewood for the UK market.

The MK1 Ford Escort production ran from 1967 until 1975 when it was replaced by the slightly heavier Mk2. Over the 8 years of production, over 2 million Mk1's were built with around 60% produced in the UK.

The Mk1 was a rear-wheel-drive car and originally came with a 4-speed manual gearbox or a three-speed auto. The early models were released with round headlights, which are a popular feature that is re-engineered into replica RS1800 or RS2000 models that are arguably the most sought after models in the rally and collectors circles.

There was a 1300GT performance version, with a tuned 1.3 L Crossflow (OHV) engine with a Weber carby and uprated suspension.  The same tuned 1.3 L engine was also used in a variation sold as the Escort Sport, which used the flared front wings from the AVO range of performance cars.

A higher-performance version for rallies and racing was available, the Escort Twin Cam, built for Group 2 international rallying. It had an engine with a Lotus-made eight-valve twin camshaft head fitted to the 1.5 L non-crossflow block, which had a bigger bore than usual to give a capacity of 1,557 cc.

Production of the Twin Cam, which was first produced at Halewood, was phased out as the Cosworth powered RS1600 production began. The most famous edition of the Twin Cam was raced on behalf of Ford by Alan Mann Racing in the BSCC in 1968 and again in 1969, sporting a full Formula 2 Ford FVC 16-valve engine producing over 200 hp. The Escort, driven by Australian driver Frank Gardner went on to take out the 1968 championship.

The Mark I Escorts became successful as a rally car, and they eventually went on to become one of the most successful rally cars of all time. The RS1600's dominated the 1973 RAC rally with Timo Makinen winning, Roger Clarke taking second and Markku Alen 3rd, All driving RS1600's.

The Ford works team was practically unbeatable in the late 1960s / early 1970s, and arguably the Escort's greatest ever victory was in the 1970 London to Mexico World Cup Rally, co-driven by Finnish legend Hannu Mikkola and Swedish co-driver Gunnar Palm. With such huge stages through South America, the drivers and navigators had to attend to many service crew tasks, everything from swapping out shock absorbers to changing the wheels. The success on this rally gave rise to the Escort Mexico (1598cc "crossflow"-engined) special edition road versions in honour of the rally car. Introduced in November 1970, 10,352 Mexico Mark I's were built. Escort nuts can often be seen ducking under the back of an escort in Mexico trim to look at the tied rods on the rear axle to see if it's pukka

In addition to the Escort Mexico, the RS1600 was developed with 1,601 cc Cosworth BDA engine which used a Crossflow block with a 16-valve Cosworth cylinder head, named for "Belt Drive A Series". Both the Mexico and RS1600 were built at Ford's Advanced Vehicle Operations (AVO) facility located at the Aveley Plant in South Essex. As well as higher performance engines and sports suspension, these models featured strengthened bodyshells utilising seam welding in places of spot welding, making them more suitable for competition. AVO produced a guide to rally and race prep that highlights the modifications they used on the rally cars. You should find this in our tech tips menu.

After updating the factory team cars with a larger 1701 cc Cosworth BDB engine in 1972 and then with fuel injected BDC, Ford also produced an RS2000 model as an alternative to the somewhat temperamental RS1600, featuring a 2.0 L Pinto (OHC) engine. This also clocked up some rally and racing victories and pre-empted the hot hatch market as a desirable but affordable performance road car. Like the Mexico and RS1600, this car was produced at the Aveley plant.

The 2.0 litre pinto with a suitable kent cam and twin 45dcoe Weber carburetors is a bullet proof combination and the choice of thousands of historic club rally enthusiasts around the world.

Launched in 1968 the MK1 escort was competitive straight out of the box. Due mainly to the extensive testing around the Bagshot Tracks as a prototype in 1967.

Although released with a kent cross-flow engine, it wasn’t long before the famous Lotus twin-cam motor was successfully transplanted and homologated and placed in the safe hands of “Mr Escort” Roger Clark

In its race debut on the 3rd of February 1968, a televised Rallycross event at Croft Circuit near Darlington, 3 Mk1 Escorts in the hands of Roger Clark, Barry Lee & Trevor Chapple won 3 of the rounds.

Shortly after a works twin-cam driven by Ove Anderson took third in the 1968 San Remo. Roger Clark, delivered Ford its 1st  MK1 Escort international outright victory in the Circuit of Ireland rally, closely followed by the Tulip & Acropolis, giving Ford the manufacturers championship in the very same year the Escort Mk1 car was released. It was the start of 7 years of domination.

As far as developments go, the famous rear turret suspension was developed, greatly improving the balance and drivability of the car.

The 2nd generation Mk1 Escort used the 5 Speed ZF gearbox, a much stronger Atlas Axle was released by Ford’s AVO (Advanced Vehicle Operations) operation in 1970 which saw the first Escort Mk1 car to sport the Bubble or Forrest wheel arches.

Having secured the World Championship, Ford’s only unrealised ambition was to win an endurance event. The 1970 World Cup was a 5 week, 16,000 mile (25,700 kms) event run on open roads, starting in London it took in a generous tour through Europe concluding in a lap of South America which finished in Mexico.  Some individual stages were over 10hrs.

Stuart Turner, head of vehicle operations chose to run 1850cc pushrod engines in place of the less robust lotus twin cam, which paid off in style with Mk1 Escorts finishing 1st, 3rd, 5th, 6th & 8th.  In honour of the victory, Ford released the Escort Mexico which became the must-have car in 1970. Performance parts developed specifically for this event, such as the “World Cup Cross Member” are still available to this day.

With consecutive wins in the British Championships, Ford turned its attention to the cross Africa Safari rally in 1971 which was the final appearance of the works twin cams. A grueling event seeing only 19 of the 91 starters completing, it wasn’t to be Ford’s year with the Datsun 240z of Hermann & Schuller taking the victory.  It was a different story in 1972 however. Instead of utilizing local drivers, Ford rolled out the big guns including Hannu Mikkola who took the newly released RS1600 to victory.

The RS1600 confusingly sported a series of engines ranging from the original 1.6ltr 16 valve motor to a 2ltr BDA motor with an alloy head producing 240BHP. This configuration was by far the most successful, with the famous pair of Mk1’s LVX941J (Old Gold) & Roger Clark’s LVX942J (Esso Blue) dominating the world rally scene & famously taking out a hat-trick of British RAC rally victories in 1972-74, as well as the Finnish 1000 lakes 5 times.

The RS2000 car was also released with a 2ltr Pinto overhead cam engine as a more civilized road-going option. The 2ltr engine was a much more reliable option than the sometimes temperamental BDA and carried forward into the MK2 escorts that were released in 1975 and also went on to record similar success well into the ’80s until the advent of the flame-spitting group B rally cars were introduced.

We could talk more about Ford’s contribution to group B, the awesome  RS200 mid engine 600bhp monster… but that’s another story.

Today, all around the world people are competing in clubman and historic rallies in freshly prepared MK1 Escorts. I have had the pleasure of building and racing several Mk1 escorts over the past 20 years, and intend to embark on another build in the coming months. A journey which I am happy to share on this blog.

I also have a good friend who possesses one of a handful of Mk1 Twin Cams in Australia. The next time I’m over at his place, I’ll take a few snaps or run the camcorder over it, so please feel free to bookmark this page & drop back from time to time to check on progress.